Are you looking for action photos

wanting to learn more about how

we can help our children in sport?

We all love our kids to bits but did you know that many things we say to our children have a negative impact?

This section is developed to share photos of children in sport you most likely know.

Many families, Grand-parents, cousins and friends miss out on the opportunity to get exceptional photos of their loved ones. This is the “go to section” for you.

“Off the Pitch with Active” Blogs

DO YOU WANT TO LEARN MORE?

This is to help families with recommendations from professionals to accelerate their children’s development in sport and build confidence. I do research and interviews to learn.

If you are like me and don’t have a degree in teaching, child psychology or sport science you will learn too. So, what are you waiting for?

“Off the Pitch with Active” PODCASTS

ARE YOU A GOOD LISTENER?

Listen to educated people around the world on the topic of child development in sport.  No 1 reason children start playing sport is because it is fun but a staggering number of kids leave sports because they stopped having fun. Why?

Come on! Join me it's a lot to learn about this.

DO YOU HAVE A CHILD PLAYING ORGANISED SPORT?

Yellow for Yelling is an awareness and educational program for parents where parents, coaches and organisations can be involved.

Do you think you can learn more?

I  developed this site to allow the opportunity for parents to see and share sporting moment of their children with their loved ones.

I am passionate about children in sport and in addition of taking action photos of junior sport, I have created two programs:

“Off the Pitch with Active” & “Yellow for Yelling”

These programs are to help parents accelerate their children’s development and confidence in their sport by using the recommendations from professionals, coaches and specialised educators. 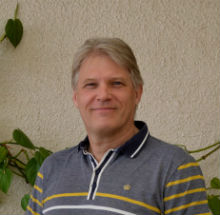 What are leaders saying? 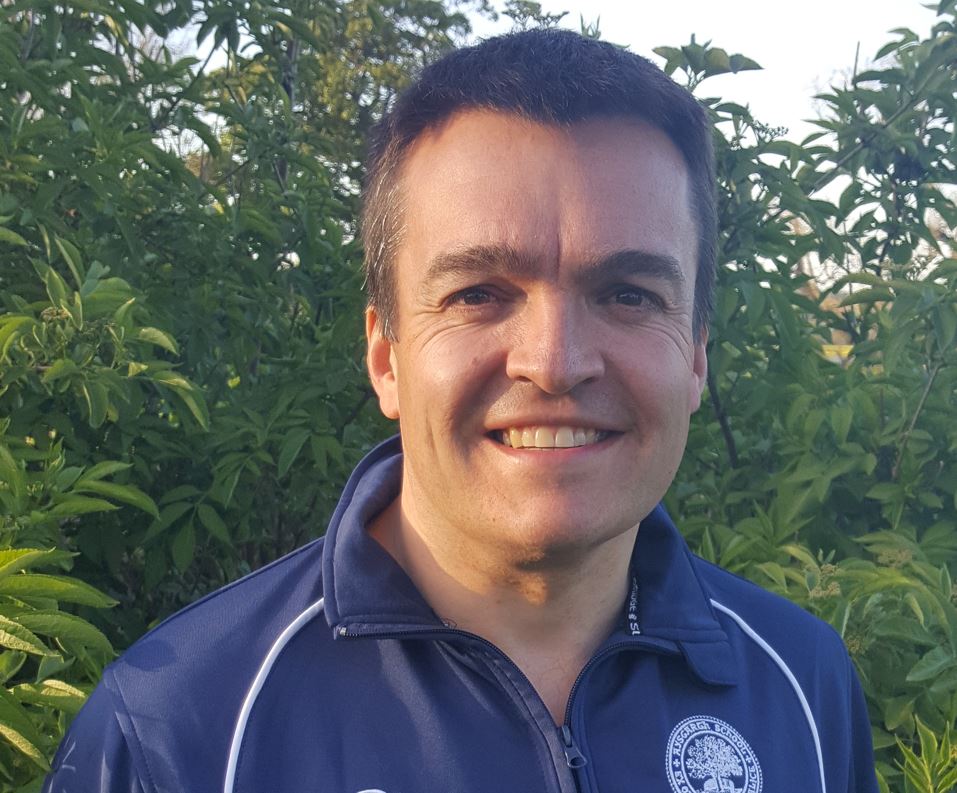 "We are delighted to be bringing our resource to South Australia. We are supporting the “Yellow for Yelling” campaign and wanting to improve touchline behaviour as well as many other areas in supporting parents in the complexities of children's sport." 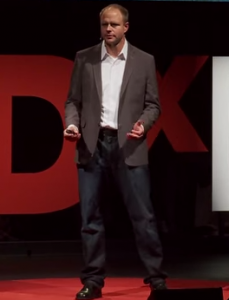 "Thank you for your hard work on behalf of kids. It is probably a kid out there who you won’t meet who are thankful because you yellow carded their dad." 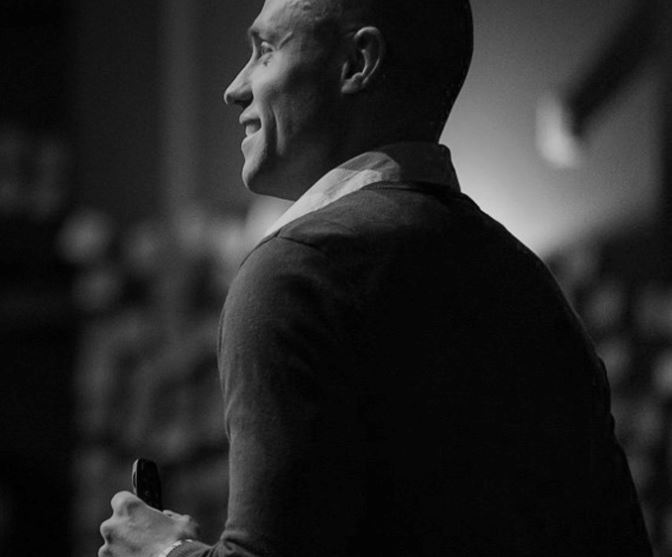 "I truly believe sports can be a great teacher for people of all ages and anything to help create a better environment to love the game and enjoy playing, I support. I really believe this program (Yellow for Yelling) can help to make sport just a little bit better for everybody." 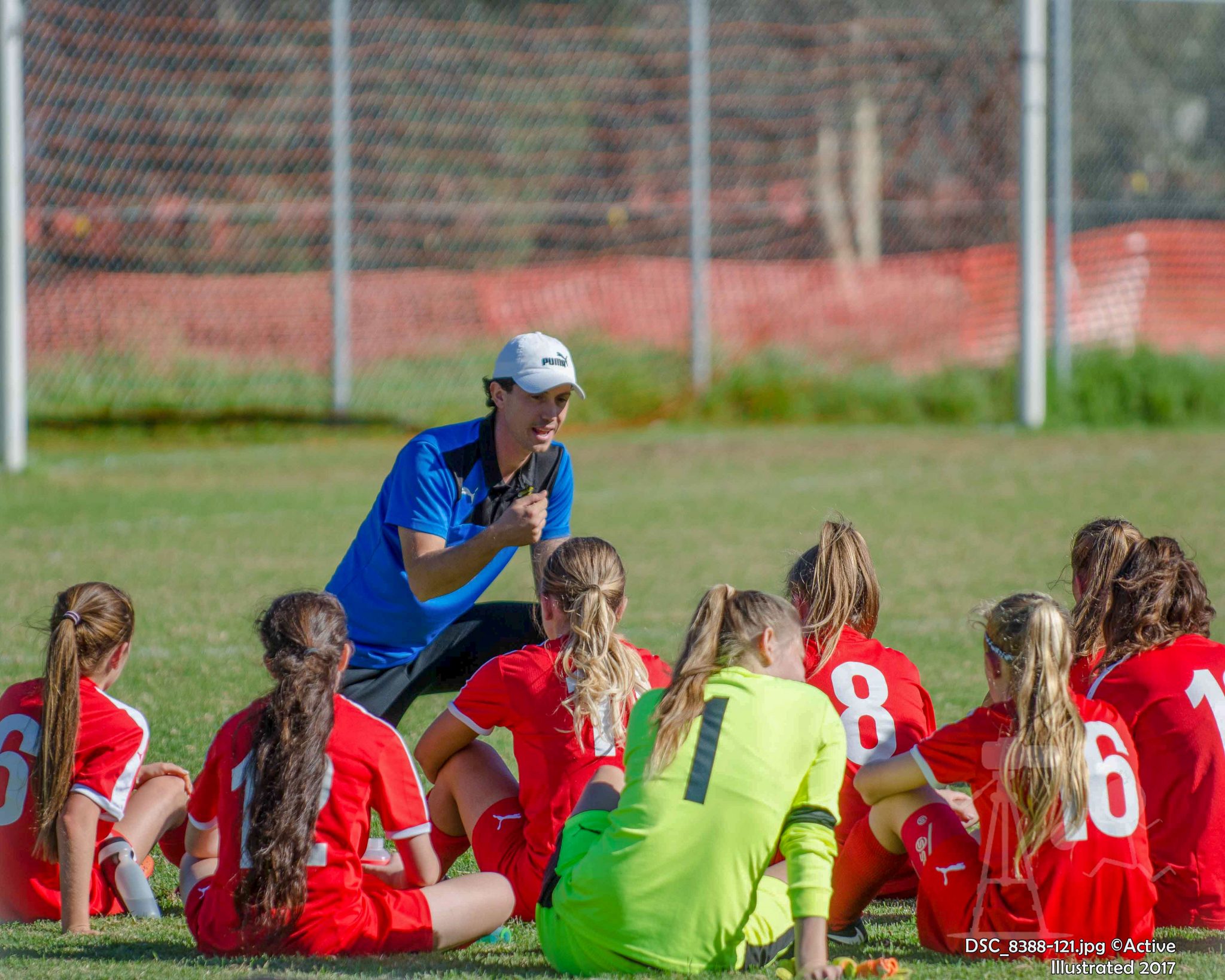 "Local sporting organisations are the perfect environment for young people to be active, stay discipline within a team and most importantly learn social skills. Kids love sport, but one of the highest reasons for kids leaving the game is, adults. Yellow for Yelling is a great program designed to educate parents in sport and allow kids to enjoy, have fun and play free." 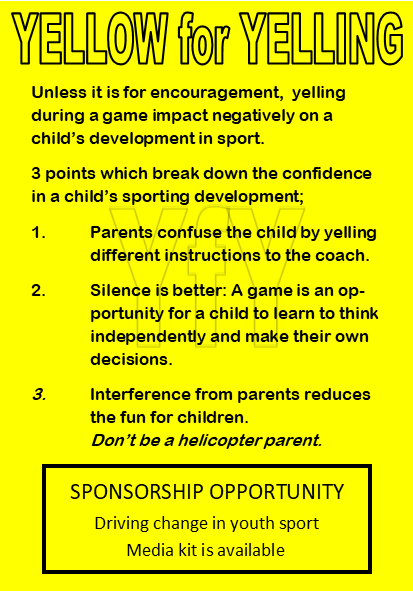 Have you noticed the side line behaviours of some parents?

It is well documented in the media all over the world, parents yelling on the side lines affects not only their child but other children too.

In a study commissioned by the 3 largest football clubs in Stockholm, Sweden revealed that 1 out of 3 children considered leaving soccer and 83% of parents said they had seen parents who were pushing their children too much or criticised young referees and officials. Source: www.scorescan.com/2017/07/stop-shouting-how-Sweden-tackled-misbehaving-parents-at-kids-football

A study in Denmark and another in USA tell similar stories.

Media in Australia have reported disturbance amongst parents during junior games in many different sporting codes. In some cases, Police were called. There were several articles in the media during 2017 so it is hard to argue that Australia is doing it better.

Can anything be done about this? According to many sport scientists, psychologists and thought leaders around the world they believe so.

You can find some of their recommendations right here. 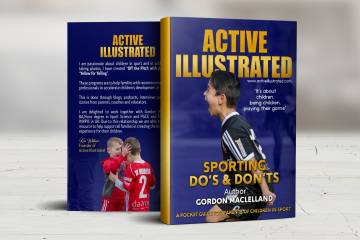 It's not just a Pocket Guide

It includes a program written by Nino Severino, the former British No 1 Tennis coach and member of Team GB 2012 Olympic Tennis coaching team

Looking for ideas on how you can support your child better?

This pocket guide by Gordon MacLelland is written for YOU

You do want your child to enjoy and if possible, excel at sport, but you don't want to be one of "those" parents. The one that other parents avoid on the sideline. The one that is embarrassment for their child and for themselves.

You want to be supportive, encouraging and the type of parent whose child runs to you joyfully at the end of the match, regardless of the result.

The Do's & Don'ts in this book just might help you be the sporting parent you want to be.

Great! You made it to the bottom of the page so why not take one more step. You might learn something.

Awesome, we only send monthly emails and when a new podcast is released

Here is some place holder text.You’ll write something better, right?

We value your privacy and would never spam you